I wanted to summarise my impressions after the PHP Serbia 2019 conference since this was my first time attending. I thought it might be helpful to those people who are on the fence whether it's worth visiting it.

The line-up and the topics covered were all really good. Zeev Suraski was this year's keynote and he gave us an overview of the PHP since he joined the band of brothers known as php internals devs and more importantly all the cool stuff that will be included in the upcoming php7.4 and php8. Yep guys, php8 will be coming hopefully by the end of 2020. Oh how the time flies by, I mean I haven't been in this game that long and I witnessed the amazing evolution from php5 to php8. 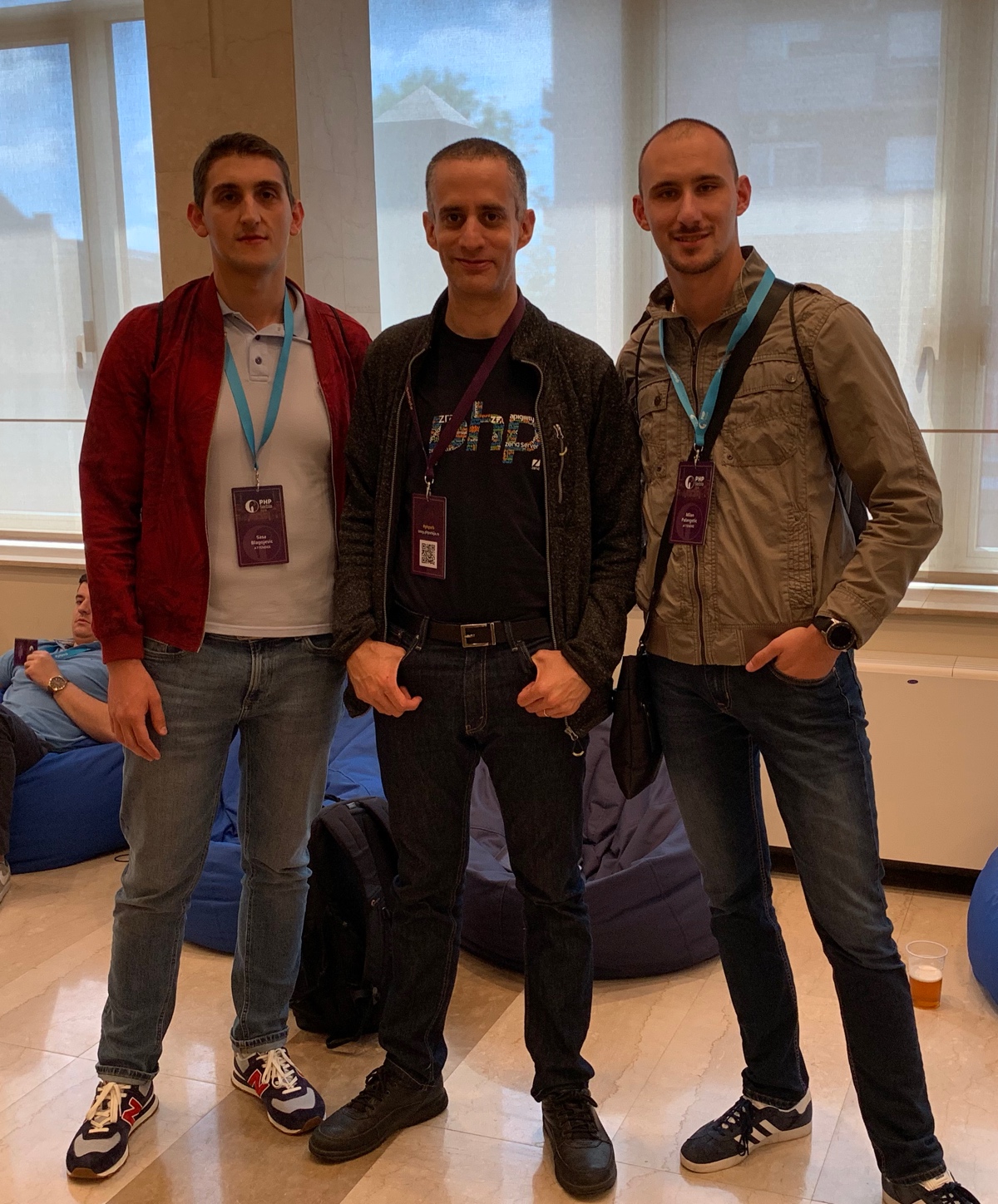 As I said, all the talks were good but the ones that stood out to me and I recommend you watch when the organizers share the videos are the following (in no particular order):

I highly suspect that Marcel Pociot's talk Getting started with WebSockets and Damien Seguy's Top 10 PHP coding traps were awesome as well but unfortunately, I did not attend them.

This is me winning a free ticket for PHPSerbia 2020 and a Phelephant on the conf quiz :D

The venue is a big theater in Zemun, there were two tracks A and B, B being the smaller one obviously. Well, it was quite smaller compared to A, so what happened was that all the people that were interested in a talk at track B could not fit in or chose not to stand. This only happened two times though. Gauging the audience's interest and which speaker should get the short stick end is tricky, so maybe, as Damien Seguy suggested, attendees could vote somehow, when the lineup is known, which talks they're interested in so the organizers at least have some estimate.

There were food and beverages in abundance. I was well fed and watered like a plant xD. I must highlight that the food was really tasty and the Conferences' craft beer as well. What I also really liked compared to other conferences I attended (that being Webcamp Zagreb times two lol) they had a real espresso machine so I could get my daily 37 doses of macchiato, yes I'm an addict and I'm not ashamed. I basically didn't spend a dime the whole day throughout the conference there was really no need to.

In general, the organizers did a great job and they were very welcoming, you just felt at home from day one.

My only pet peeve is that maybe the talks could be a bit shorter so we have a small pause in between them to reset our brains, chit-chat, drink a coffee or whatevz or maybe I'm just spoiled by WebcampZg.

I give it a solid 9/10 just because I'm afraid if I gave them 10 they'll get lazy. Now is the time for you to stop thinking and start preparing for the next one!

P.S. Thanks to my company JSGuru for paying the ticket, I mean who doesn't like free stuff!

My first time at WebCamp Zagreb


5 years ago in Web Development

Three Reasons Why You Should Visit Web Summer Camp

4 years ago in PHP

1 year ago in PHP

Sharing data between views in Laravel

5 years ago in Laravel

4 years ago in Laravel